In the tropical Pacific archipelago of Palau is located one of their extraordinary lakes in the world, is a paradise for jellyfish, as on the very small area of 0,057 km2 inhabited by a great variety of jellyfish, of which there are more than 15 million. Because they have no enemies here, so they live and enjoy life. This lake is called as Lake Jellyfish. Jellyfish Lake is small in size – 460 meters long and 160 meters wide, the depth of the unique lake is 50 meters. The lake was formed over 12 million years ago, when as a result of the collision of two tectonic plates on the border with the ocean basin was formed, in which the pores in the limestone leaked not only to salt water but also some small marine life, including jellyfish. Predatory fish is not able to penetrate through such small pores. 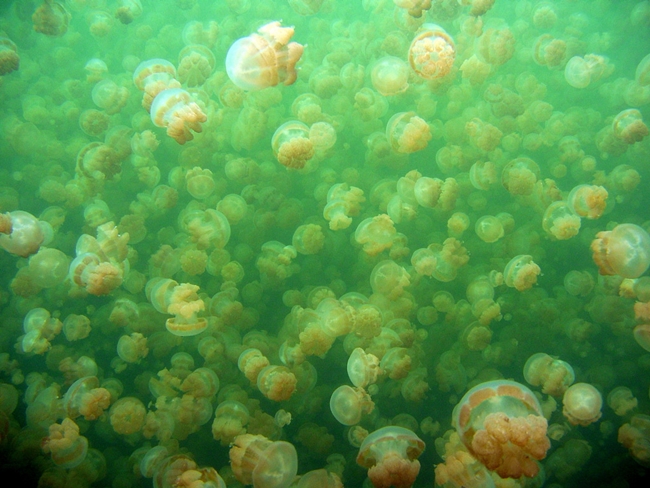 Water in Jellyfish Lake is clearly divided into two layers: the upper, oxygenated, in which live all its inhabitants, and the bottom, which is located at a depth of 15 meters, saturated with ammonia, hydrogen sulfide and phosphorus, in which the oxygen content is reduced to almost zero. And The most interesting – that the upper layer of the water never mixes with the bottom. This layer can only live a few microorganisms, and it is not very deep, and divers attempts to swim in deep water can cause serious intoxication directly through the skin. Swim with scuba diving is prohibited for another reason, the bubbles emitted by diving under the dome of the priests jellyfish kills her. In the upper layer of water through the tunnels that connect the lake to the ocean, provides a small influx of fresh water. flickr/Paris Hadjisotiriou

Jellyfish Lake is separated from the ocean by a strip of land of up to 200 meters and is a natural reservoir with slightly salted water. In the water live only 2 species of jellyfish – gold (Mastigias papua) and moon (Aurelia). During the existence of the lake, in the absence of many natural enemies of jellyfish have multiplied, the researchers estimate, about 15 million individuals. 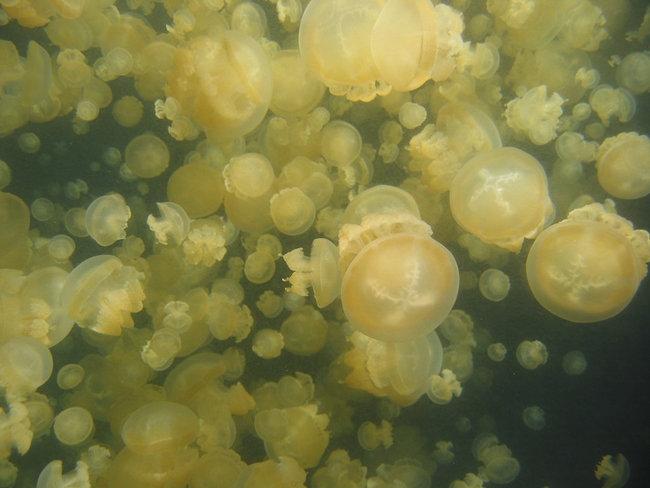 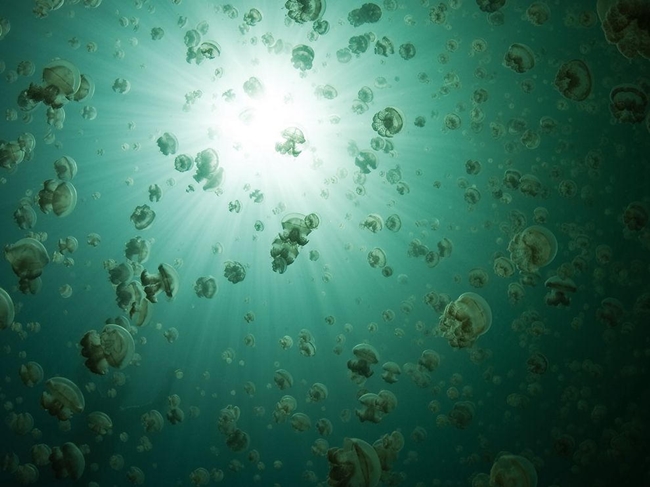 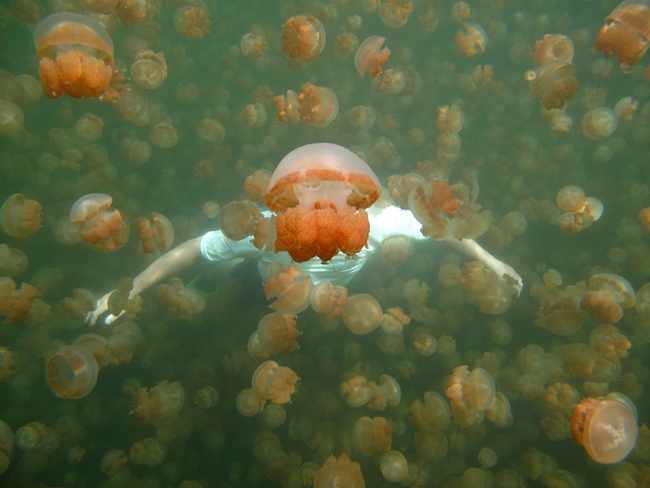 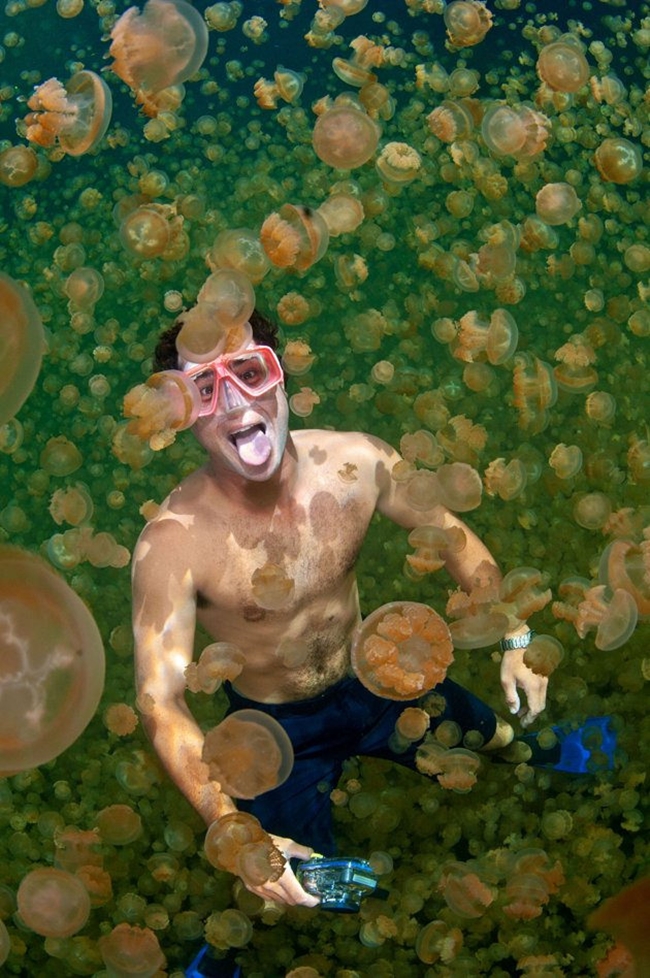 36 thoughts on “Jellyfish Lake In Pacific Archipelago Of Palau”