Passage du Gois connects to the Noirmoutier island (which translates as “Black Monastery”) with the department of Vendée, which refers to mainland France. In 830, the island castle to defend against the attacks of the Vikings was built in the XII century which has been completely renovated. In this form it is well preserved to our time, but not again subjected to raids by British and Spaniards. Now, this historic castle is included in the list of French historical monuments, and is used as a museum. Today the island is produced large amounts of salt and cultivated elite varieties, “La Bonnotte” potatoes, a kilo is worth 500 euros. Luxury villas, pine forest and numerous shrubs mimosas make the island a perfect place to relax.

Twice a day for one or two hours the water recedes, and the road to the island is available for movement. All the rest of the day it is under water for 1.3 to 4 meters depth. Despite the fact that the tidal road like Passage du Gois can be found in other places (the only one in the county has a Hindi in Korea), it can be considered unique. This uniqueness lies in the exceptional length – 4.5 km. And in the XVIII century, this road was even more – the old dam located further away from the coast. flickr/benalu41

Once upon a time the only way to get to Noirmoutier was a boat. And then Burnef Bay gradually drew its muddy bottom and formed a road that allowed people and animals freely cross the bay to get to the island. In 1701, the passage that connected the mainland with the island was first mapped. But the first mention of it in the text dates back to the year 843, when the prisoners of the Normans, who were kept on Noirmoutier, escaped through a sandbank at the meeting point of two streams. Approximately from 1840 on the road regularly travel by car or on horseback. In 1971, a bridge was built connecting the island to the mainland, which has become an alternative way to get to the island of Noirmoutier, but Passage du Gois still has not lost popularity.

This curious object formed by the destruction of the plateau, which contributed to the formation of Burnef Bay. Thousands of years two currents from the north and south faced in the Gulf, which led to the deposition of silt. He kept moving until about a hundred years ago did not lay down and do not form a solid and stable structure.

In 1942, the road itself, the dam, warning signs and buoys were included in the number of historical monuments. Since 1986, this road every year spend peculiar race “Fulis du Gua.” And in 1999, the Passage du Gois even held bicycle race Tour de France. 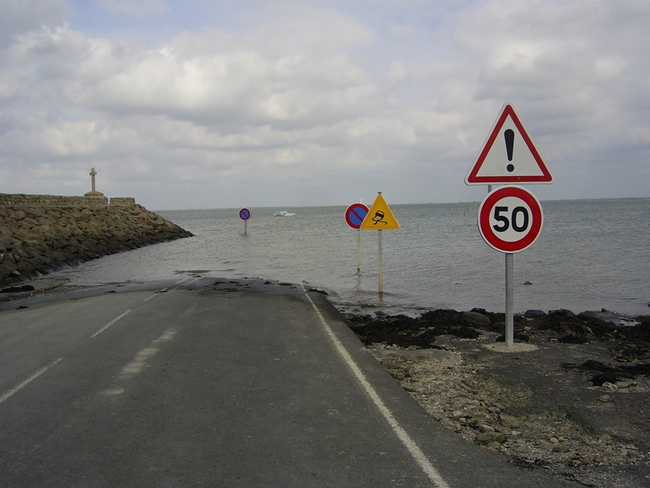 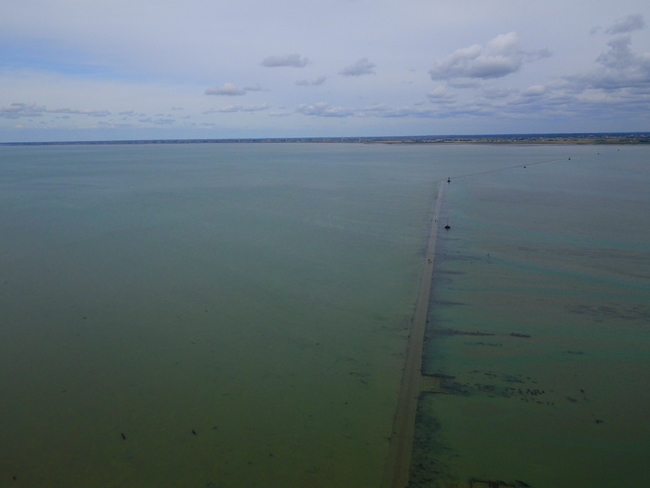 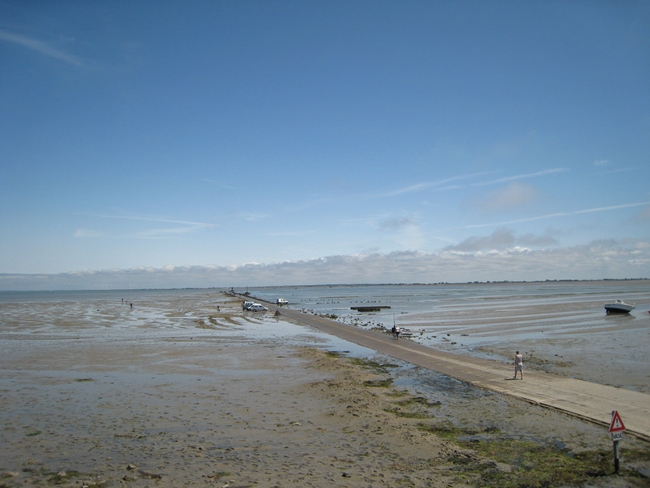 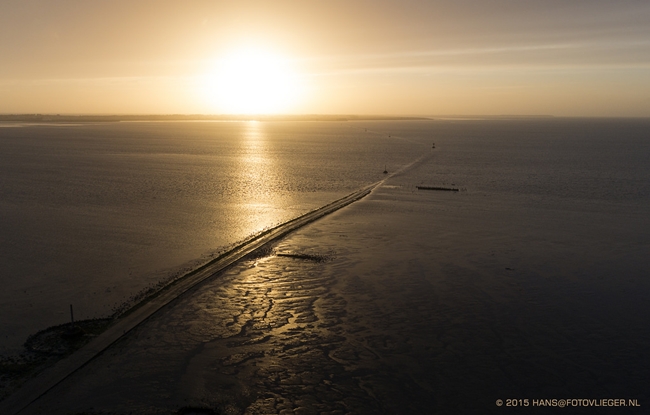 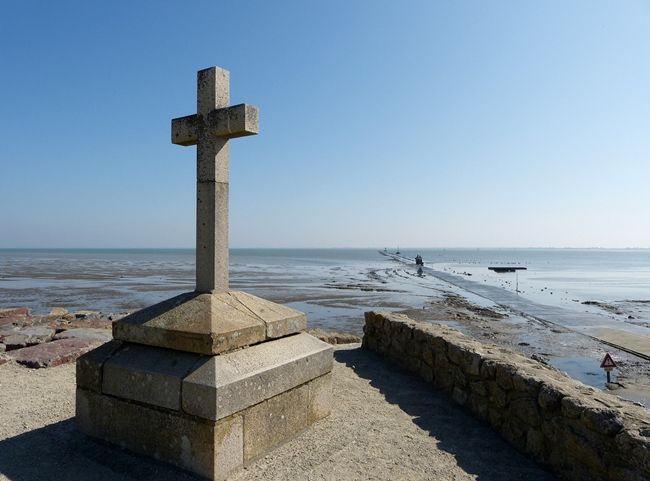 7 thoughts on “Passage Du Gois Aka Tidal Road In France”