The city of Constanta is the largest seaport of Romania and the second on the Black Sea coast. Hallmark of the city and its most famous landmark is located on the city promenade abandoned Constanta Casino. The first casino in Constanta was built on the city’s waterfront near Genoviyskogo lighthouse in 1880. The wooden building was intended not only for gaming but also for entertainment for entertainment. In addition to the gaming halls are located in the same dance hall, two rooms for reading and relaxing, open-air terrace on the beach. The casino, which is also called the Kursaal, became one of the most popular cultural centers of Constanta.

During a severe storm in 1891, the building was badly damaged Casino. In its place, the city authorities decided to build a new one. In 1893 it was opened at the new building of the Casino, which was also made of wood. However, in 1903 it was declared obsolete and the building gathered again to redo. flickr/Laura

After many political changes in 1907 began construction of a new, major buildings in the Art Nouveau style. The author of the project architect and the third and last this time Casino became Daniel Renard. Massive upper part of the building was decorated with ships and moldings in the form of seashells. The interior of the Casino have high ceilings and marble tiled walls. Inauguration of Casino Konstanz sostayat in 1910. The festive event was attended by Prince Ferdinand.

At the beginning of the 20th century was the only casino gaming establishments. It seethed with serious passions, because of which occurred more than once in serious trouble. The situation around the gambling more than once discussed in the Romanian Parliament, but even so the casino has not been closed.

During the war, the building of Constanta Casino was used as a hospital. It was severely damaged during the bombing, but completely restored under the supervision of the architect who built it Renard.

And during the period of Communist rule building of Constanta Casino was the venue for the party congresses and meetings. Later it was turned into a restaurant. Who is in need of renovation and reconstruction work Constanta Casino building is empty and is gradually destroyed. It is still one of the symbols of the Romanian city of Constanta and its popular tourist attraction. 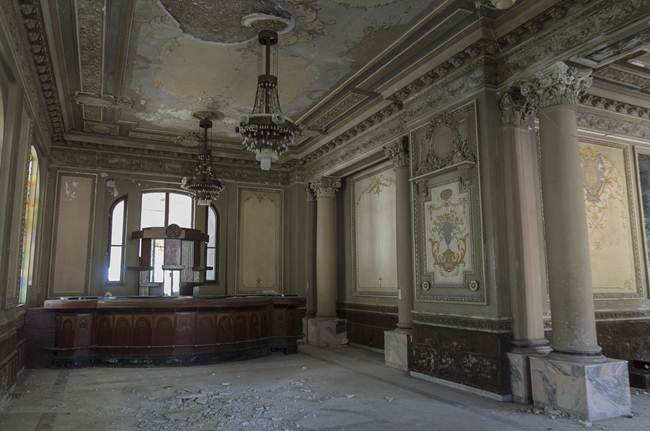 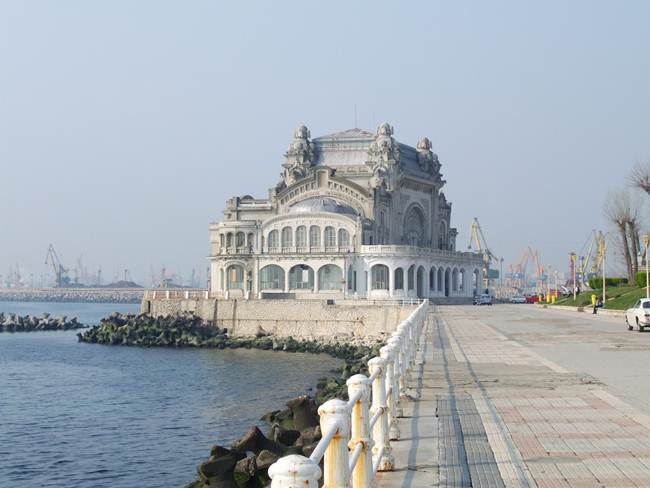 21 thoughts on “Abandoned Constanta Casino On The Black Sea Coast”