For a long time sharpening a set of assumptions, how could a man of small stature and body build Coral Castle from huge blocks of coral limestone, which, without anyone’s help dragged from the coast, and then of them make sculptures and part of the castle. All this made the native of Latvia Edward Leedskalnin, who came to America after an unhappy and unrequited love for a certain 16-year-old Agnes Skaffs. Edward Leedskalnin born January 12, 1887 in Valka parish Stamerskoy County Livonia of the Russian Empire (now Stāmeriena parish Gulbenskogo Territory of Latvia). About his childhood, little is known, other than the fact that he was not rich and only reached a fourth-grade education. At the age of 26 years, he became engaged to Agnes Skaffs, woman ten years younger than him. However, the girl Leedskalnin called his “Sweet Sixteen”, broke the engagement the night before their wedding. 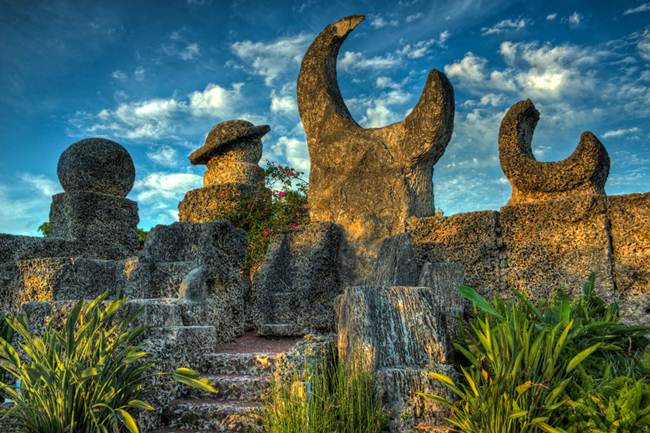