Lions Rock is Mountain Palace in Sigiriya – landmark pearl Sri Lanka . The main attraction of this place is a mountain palace, located at an altitude of 200 meters. The palace is surrounded by the remains of an extensive network of gardens, pools, and other structures. It is a popular tourist destination in Sri Lanka. Sigiriya is also known for its ancient murals, images. The fortress was built during the reign of King Kasap I (477 – 495 AD), and is one of seven areas of Sri Lanka World Heritage Site. Researchers believe that before the construction of a mountain palace people settled here (mostly monks and hermits).

The complex of buildings on the mountain is impressive thanks to a combination of symmetric and asymmetric elements. It seems that there is no order in the buildings Sigiriya Palace, but in general they all blend harmoniously with each other. Today the palace remained only ruins, but even these remnants of former greatness impressive. In the western part of the palace complex is a park with several pools. The water was delivered to the mountain top through the mechanisms of the system, which has remained intact until the present day. flickr/xx xx

Entrance is the main part of this ancient palace which is decorated with lion’s paws, and probably intended only for members of the royal dynasty. The original entrance was a lion’s head, that is, to get into the palace, it was necessary to go through the open mouth. Mirror corridor led into the royal chambers. Once it was one of the most luxurious buildings Sigiriya Palace. There were several hundreds of murals, most of which are half-naked women were depicted – concubines ruler. It is worth noting that several frescoes preserved to our days.

Researchers believe that the creation of these natural paints murals on the basis of beeswax and egg white were used. That is, according to scientists, the frescoes gave a long life. For a long time Sigiriya Palace was considered destroyed and lost somewhere in the woods, but the legendary palace was discovered in the middle of the XIX century. There a lot of restoration work has been carried out, which are maintained to this day. Mountain Palace was inscribed on the UNESCO World Heritage Site, and is very popular among tourists. Every year thousands of travelers come here to witness the ruins of the ancient palace! 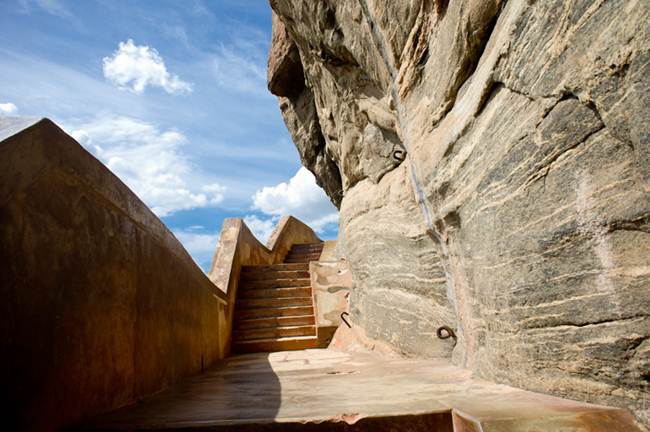 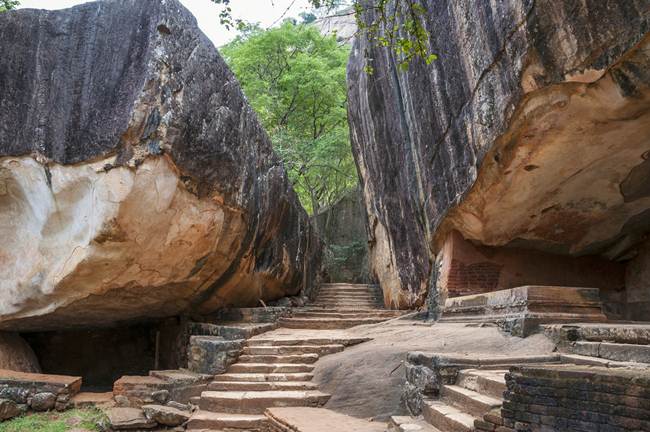 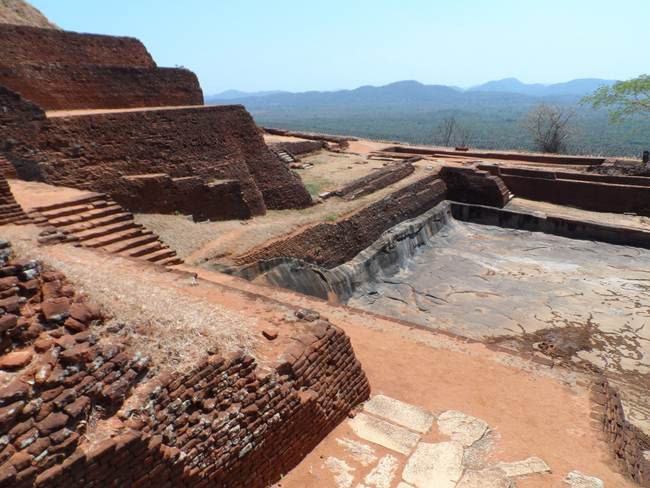 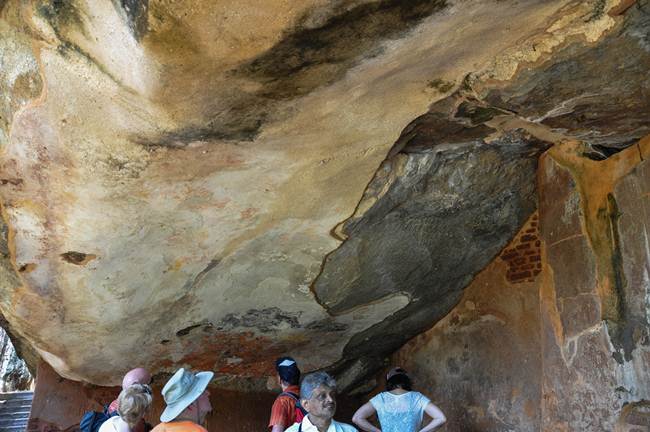 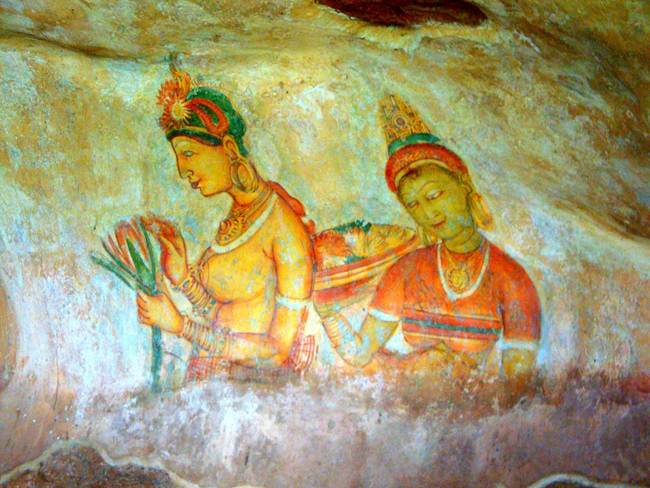 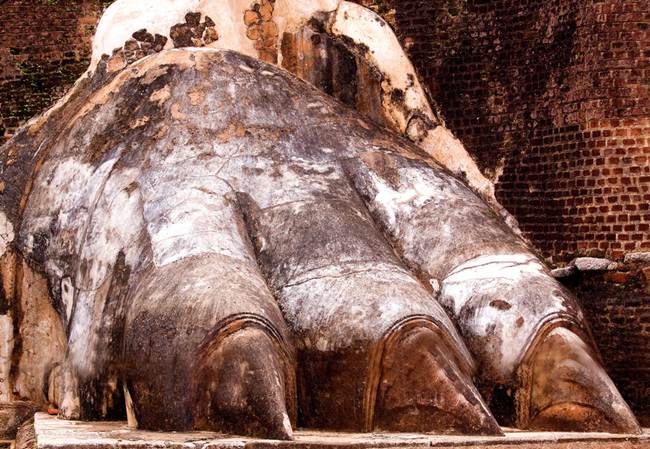