The Art Museum of Fashion and Textile Museum in London opened an exhibition of photos 1920s Jazz Age Fashion & Photographs, devoted to the jazz era that followed the First World War. The era was characterized by significant social changes, including sexual liberation and emancipation of women, which is reflected in the clothes of the period. The exhibition presents photographs from private collections and archive James Abbe Archive.

END_OF_DOCUMENT_TOKEN_TO_BE_REPLACED

Grossglockner is the High Alpine Road in Austria. And can be considered the most attractive route in Europe. Photographer Mikolaj Gospodarek after 8 years of annually traveling along with this route to take photograph at it in different times of the year. This road passes through the National Park Hohe Tauern by municipality Fusch an der Großglocknerstraße in Salzburg to Heiligenblut in Carinthia commune.

END_OF_DOCUMENT_TOKEN_TO_BE_REPLACED

In Norway, July 7, 1989 has been opened Atlantic road, consisting of several bridges, but one bridge is built a bit unusual, it Storseisundet Bridge. Bridge is the longest bridge of 8 “Atlantic Road”, its length is 260 meters. Bridge deviates into the sea at 23 meters. It was planned that he would be built horizontally, but for unknown reasons, has changed the original project. And now it looks like a roller coaster. Those who have not seen the bridge before, may be frightened, approaching close to him. After a certain angle, it seems that the bridge is not completed and looks like a ski jump, but do not be afraid, because the bridge is completely finished, but the architect who built this bridge explicitly humorous or loves to ride a roller coaster.

END_OF_DOCUMENT_TOKEN_TO_BE_REPLACED

We sometimes become confused after watching China and Japan. So here is the interesting list difference which proves that how both countries ( Japan and China ) are not same. 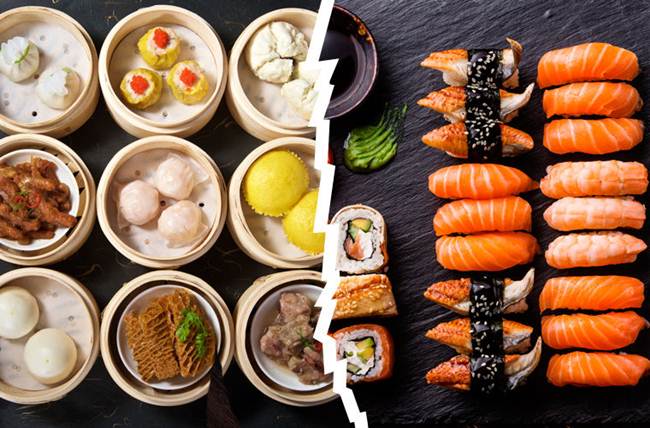 We know only five tastes. Feature of Chinese cuisine is the presence of as many as eight: in addition to sweet, sour, spicy, bitter and salty all Chinese will call you more fragrant taste (well prepared dish has a special flavor), fresh (unlike the taste of rice and bread) and gold (similar to the taste of kumquat ).

In Japan – sushi, rolls and sashimi

The main delights of Japanese cuisine are the dishes of raw fish, the most popular of them – it’s sushi and rolls. During cooking, the fish are not subjected to heat treatment to preserve its natural taste. Also in Japan, like when the meal consists of many small dishes – so that you can appreciate the art of the cook and do not overeat. In the classic version on the table at a Japanese aristocrat stood 15-20 small dishes.

END_OF_DOCUMENT_TOKEN_TO_BE_REPLACED

All of us would like to look like heroes in an emergency when necessary survival skills. Therefore, we and like to watch on TV reality shows like “Survivor” or “Man vs. Wild”. But to survive in the wild – not a simple matter, and there could be no reality show will not help.Rather hurt because television set of rules “survival” – a myth to believe in which are often life-threatening. The following discussion will focus on deep-rooted beliefs, myths, in other words, the survival of which will destroy more than save you in an emergency.

Myth 1: You can suck the venom out of place snakebite

In fact, a snake venom immediately enters the blood and does not accumulate at the site of the bite.In addition, the mouth is full of bacteria and you just add all the muck out of his mouth to the wound.Moreover, snake venom can damage the lining of the mouth and esophagus your.

The best thing to do in this situation – is to remain calm, not allowing the heart to beat faster, keep the injured limb below heart level and how you can get to the hospital faster. 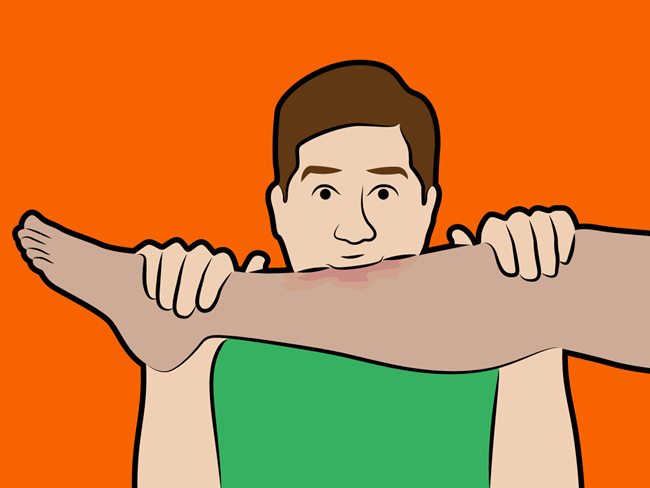 END_OF_DOCUMENT_TOKEN_TO_BE_REPLACED

The most interesting thing is that sometimes the treasure is almost under our noses. And we dont knows it. So here are some great treasures which are found around our world. And they are found from very common places.

In 1985, for the repair of old buildings come from the builders, which are found in the basement of the treasure, dating from the beginning of the XIV century. The walled vase was more than 3,000 rare coins, medallions and gold crown. The find is estimated at $ 150 million. Currently treasure exhibited in the Museum of Wroclaw.

END_OF_DOCUMENT_TOKEN_TO_BE_REPLACED

For a long time sharpening a set of assumptions, how could a man of small stature and body build Coral Castle from huge blocks of coral limestone, which, without anyone’s help dragged from the coast, and then of them make sculptures and part of the castle. All this made the native of Latvia Edward Leedskalnin, who came to America after an unhappy and unrequited love for a certain 16-year-old Agnes Skaffs. Edward Leedskalnin born January 12, 1887 in Valka parish Stamerskoy County Livonia of the Russian Empire (now Stāmeriena parish Gulbenskogo Territory of Latvia). About his childhood, little is known, other than the fact that he was not rich and only reached a fourth-grade education. At the age of 26 years, he became engaged to Agnes Skaffs, woman ten years younger than him. However, the girl Leedskalnin called his “Sweet Sixteen”, broke the engagement the night before their wedding.